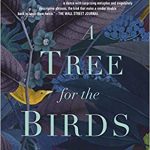 An extraordinary book by poet Vernon Head, former chair of BirdLife in South Africa, with breathtaking insights on the ways of nature, envisioning a world without borders.

“Head’s gently rocking prose is dense with surprising metaphor and exquisitely descriptive phrases, the kind that make a reader double back to savor them twice.” The Wall St. Journal

Buy the book (As an Amazon Associate, I earn from purchases.)

An extraordinary celebration of African Twilight by Carol Beckwith and Angela Fisher, with guests boarding The Lunatic Express at Nairobi’s Railway Museum for a scenic ride to African Heritage House, where many friends turned out to applaud the photographers and enjoy a fashion show of fabrics from across Africa.

Your purchase of Remembering Elephants helps support Amboseli Trust for Elephants where these great pachyderms thrive. Let me organize your safari to see elephants in the wild. You will remember it forever. 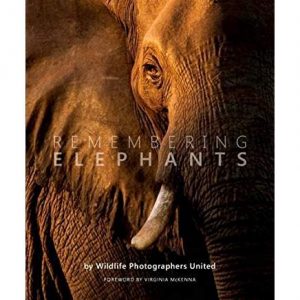 Do not think of going to Kenya’s Maasai Mara 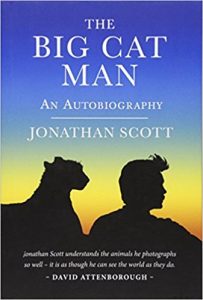 without reading “The Big Cat Man,” by Jonathan Scott. With his insights on the behavior of cheetahs and leopards, plus the famous Marsh Lions, you will be camera-ready for your photo safari. 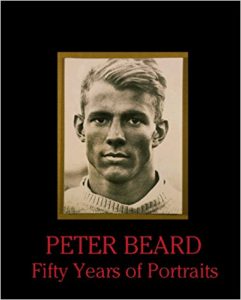 From Hog Ranch to Montauk, Peter Beard was “surrounded by drugs, debts, and beautiful women,” wrote Leslie Bennetts for Vanity Fair. “…Beard has been obsessed with images of death and loss since he made his reputation more than 30 years ago with The End of the Game….always been notorious for flaunting every caution.” His images of Africa are often dappled with cow’s blood, and informed by diaries, the first one given to him by Jackie Onassis. 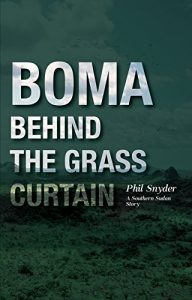 The man is known as Mountain Madness from his high flying days on Mt. Kenya was given an impossible mission in Sudan, to establish a national park in a remote region home to the great migration of white-eared cob. Phil Snyder describes this nearly impenetrable frontier, overcoming misadventures in tall grass as well as in his little single-engine plane. Order this great read on Kindle only. 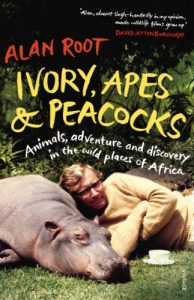 David Attenborough said, “Alan Root almost single-handedly, in my opinion, made wildlife films grow up.” Root’s autobiography takes you along as he introduces Dian Fossey to her first mountain gorillas, inside the gondola of a hot air balloon floating over Kilimanjaro, and into Kenya’s Aberdare mountain range during the Mau Mau Crises. See the great wildebeest migration and the Serengeti with his thoughtful insights on animal behavior. Order Ivory, Apes & Peacocks by Alan Root 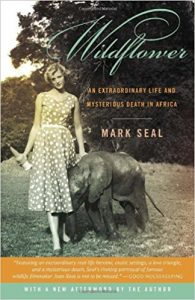 The story of Joan Root, environmentalist and wildlife filmmaker with an uncanny ability to connect with animals; her marriage with Alan Root, twenty years of nonstop adventure; the shattering disintegration of their partnership, and Joan’s struggle to reinvent herself as the protector of Lake Naivasha’a struggle led to her murder in 2006. 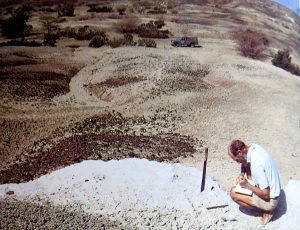 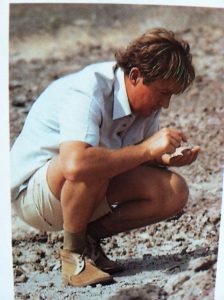 Richard Leakey examines fossil fragments that belong to a human ancestor’s skull, the one featured on the cover of The Hominid Gang. He found the fragments hidden beneath a cairn, left there for him by a member of the hominid gang, whose leader, Kimoya Kimau, was trained by Louis and Mary Leakey. How fossils are found, and interpreted, inspired six years of research by me, starting with this discovery near Koobi Fora in 1981. That’s how a magazine article grows into a book, featuring an introduction by evolutionary biologist Stephen Jay Gould.

“Ralph von Koenigswald, who found hominids in Java, said you must love fossils – ”If you love them, then they will come to you.” Martin Pickford and Alan Walker found Proconsul fossils in museum drawers. . . . Mary Leakey, stopping on the road to Olduvai, reached down to pick up a stone to wedge the wheel of her car and picked up a hominid jaw. . . . The fossilized footprints of Laetoli were found during a lighthearted exchange of elephant dung tossed between men in the field. Richard and Meave Leakey found the Zinj skull when his camel became thirsty, sending them on a different route back to camp. George Gaylord Simpson wrote his first monograph on fossils recovered from slate roof tiles in England. Scottish paleontologist Robert Broom often began his search for fossils in formal dress, complete with a top hat, but when the trail became hot, discarded his clothes and continued in the nude….”

Order The Hominid Gang: Behind the Scenes in the Search for Human Origins

The Sand Dollar and the Slide Rule 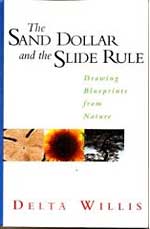 Order The Sand Dollar and the Slide Rule

Read a Review by Jack Goodfellow