Every year, the thundering hooves of wildebeest resound in Kenya?s Masaai Mara as over two million gnus arrive from Tanzania?s Serengeti. Traveling much further, from the seas of Antarctica, humpback whales arrive along Kenya?s Indian Ocean Coast. They may go as far north as Somalia, about 7,000 kilometers from Antarctica, while the gnus one-way journey is only 1500 km. Baleen whales such as humpbacks make the longest migration of any mammal on earth. 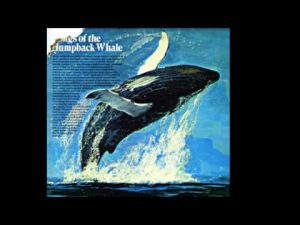 Both migrations peak between July and September, which means you can witness two extraordinary natural spectacles in August, capping a Mara safari with a visit to the coast. One of the best places to see whales is Watamu, home to the Watamu Marine Association. Founded in 2007, WMA works to protect marine mammals, recycle plastic, and engage the community, including fishermen. In 2017 the team participated in the Humpback Whale World Congress in Reunion which included scientists from all over the world. Now they invite you to join them as a Citizen Scientist.

Because humpbacks show fidelity to their return destinations, it should be possible to identify individuals annually, the way some birds return to the same tree, and sea turtles to the beach where they were born. Humpback tail flukes have unique patterns, and cooperate for I.D. photos by displaying their tails.

While gnus move north for greener grasses, humpbacks prefer the warmer waters of the Indian Ocean for breeding and calving. Since gestation is 11.5 months, newborns this year were conceived on last year?s visit. Male humpbacks woo females by mesmerizing, haunting songs.

Dr. Roger Payne, who with Scott McVay was the first to link eerie hydrophone recordings to humpbacks, described the compositions as “strikingly similar to human musical traditions.”

A repetition of phrases lasting two to four minutes develops the first theme. Several themes are strung together into songs that may last 30 minutes, but those can be repeated for hours or days. This syntactic structure is more complex than other forms of wildlife communication such as bird song, which have a linear structure, hard to believe when you listen to a Cape robin chat.

Beyond serenades, whales also communicate during migration. Not only does sound travel about four times faster in water, these melodic rumbles, squeals and yips can be heard up to 3,000 km away. Dr. Katy Payne, who studied these sonograms with Roger, went on to discover how elephants use infrasonic?sounds (below the range of human hearing) to communicate.

Promoting a documentary about the Payne?s work, I was mesmerized by ?Songs of the Humpback Whales,? and given a backstage pass to hear Paul Winter blend his sax with whales songs at Carnegie Hall in 1978. But only a few years ago did I witness humpbacks near Cabo, Mexico, with thrilling breaches, tail slaps, and calves swimming alongside their mothers. Those Atlantic humpbacks return to Alaska, and they sing different songs than humpbacks in the Indian Ocean.

The name ?humpback? was inspired by the way their backs curve when diving or breaching. The species name Megaptera novaeangliae means “big-winged New Englander,? big wings being unusually long pectoral flippers ? a third their body length- New Englander because they were first identified in the Gulf of Maine?in 1756. Humpbacks weigh about 36,000?kg; an average African elephant weighs 5,443?kg. The head and lower jaw are dotted with tubercles, hair follicles with sensors that indicate water temperature, salinity, and depth.

A calf can be 15 feet long and weigh a ton at birth. They must be lifted by their mother?s flipper to the surface to breathe until they get the hang of it. Below the surface, calves suckle milk that is 60% fat, consuming about 200 liters a day to put on weight for the long swim back to Antarctica.

A nursing calf surfaces often, perhaps 4-6 times before the mother comes up to breathe. When they swim along, the calf stays above the mother?s head, since most predators are below. The mother also tries to protect the calf from injuries by eager male suitors, placing herself between the male and her calf. A mother may position her body between a vessel and her calf, but the so-called ?Friendlies? will exhibit their babies to careful boatloads. A good guide will know the Friendlies and seek them out.

Before a 1986 moratorium, humpbacks were slaughtered until their population fell by 90 percent. While there has been recovery to 80,000 worldwide, increasing ship traffic and noise pollution cause increasing stress. Military sonars can cause whales to hemorrhage. Their songs do not come across clearly in ambient noise (even though they adjusted for it) making it more difficult to find a mate. Researchers at Cornell reckon that before shipping and military noise, humpback songs traveled from one side of the ocean to another.

Climate change is impacting whales as sea levels rise and sea temperatures warm. In Antarctica, where humpbacks fatten up for their journey, krill and plankton may be reduced. Humpbacks do not eat in the Indian Ocean, but live off fat. So they do not compete with fishermen, or for that matter, fish. In fact, when they do eat, they help to produce more food for everyone.

Like hippo in Mzima Springs, the whales enrich the waters with nutrients from their waste. The resulting plankton means more food for fish, and more absorption of carbon from the atmosphere. When whale numbers were higher, they served as significant carbon sinks, and could do so again, a natural defense against climate change. So not only are these marine mammals beautiful to behold, protecting them would be to our benefit. ?###

With luck you may see whales from Ocean Sports Resort, Lonno Lodge, and the Marine Park and Reserve.

Pemba region Nuarro Lodge ?- in the bay at lodge

In 1958, sonar operator Frank Watlington picked up whale songs while listening on hydrophones for enemy submarines around Bermuda. In 1979?National Geographic inserted a small record of humpback songs in the magazine. Recordings are available online. With luck you may hear these sons while you are snorkeling or free diving.

This article by Delta Willis originally appeared in Swara magazine, the journal of The East African Wildlife Society.